The study sought to validate Hofstede’s findings in 1980 on Filipino value orientations with respect to power distance, individualism, uncertainty avoidance and masculinity-femininity using 3,418 respondents from 30 communities and 25 firms.

The study’s findings on uncertainty avoidance, however, suggest that the Philippines is stronger in this value orientation than what Hofstede found.  The study also provides empirical evidence of significant intra-cultural differences in these value orientations.  Education is among the factors that explain these differences.  In other words, it is not surprising to find the relatively more individualistic, masculine, anti-authoritarian and uncertainty tolerant orientations associated with longer exposures to formal education particularly when it includes the collegiate and post graduate levels. 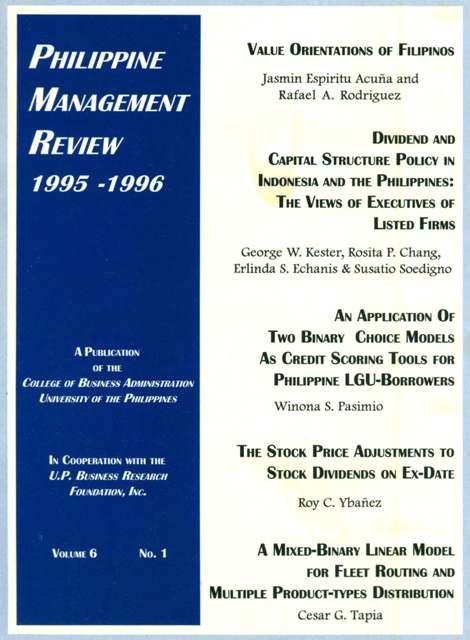