Predictors of Life Satisfaction of the Expatriate Spouse/Partner

This paper looked into the factors that determine the life satisfaction of an expatriate spouse/partner. Social identity and identity disruption theories informed the testing of
hypotheses. This study utilized snowball sampling. The initial survey started by sending emails, containing the link to a questionnaire in Google Forms, to expatriate
spouses/partners who were in Malaysia and Singapore. They were encouraged to forward the email to other expatriate spouses/partners. The total number of respondents was 128. The survey was undertaken from September 2016 to April 2017. Regression results supported the predictions on the individual determinants of life satisfaction, namely, a negative change in employment status and self-efficacy. The study did not find support for the hypotheses regarding interpersonal and environmental factors and life satisfaction. Future research can further look into the mediating role of self-efficacy on the relationship between support from family and life satisfaction, and the nuances of the relationship between support from friends and life satisfaction. 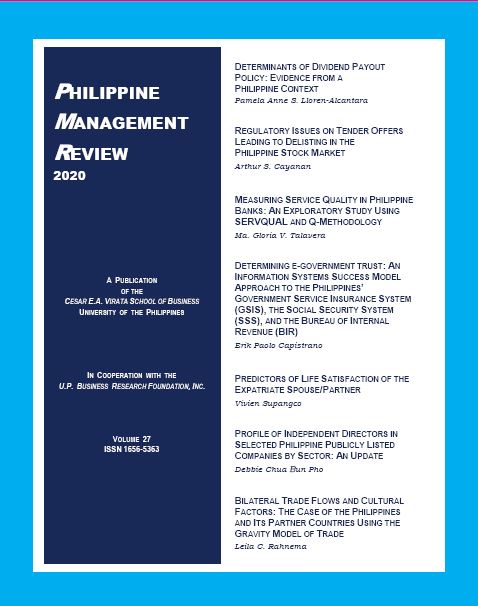