This experiment was performed to specifically assess the effects of online review valence on consumer attitudes, beliefs and behavioral intentions. A split-plot analysis of variance (ANOVA) design was employed to detect possible interaction effects between product quality and review valence. The study was performed with the participation of 117 business school students from two universities in Metro Manila. Participants were randomly assigned to either a control group or one of two experimental groups testing the effects of both favorable and unfavorable movie reviews. The participants watched two films and reported their beliefs, attitudes, and behavioral intentions towards recommending or acquiring electronic copies of the films. Results of the experiment yielded main effects for movie quality and review valence; no interaction effects were observed. These findings suggest that review valence has significant effects on consumer evaluations, attitudes, and behavioral intentions to recommend and acquire the product and that the effects do not vary according to product quality. Correlational analysis and post-hoc tests revealed that review valence had a stronger influence on consumer attitudes and quality perceptions but considerably weaker effects on intentions to recommend and purchase. 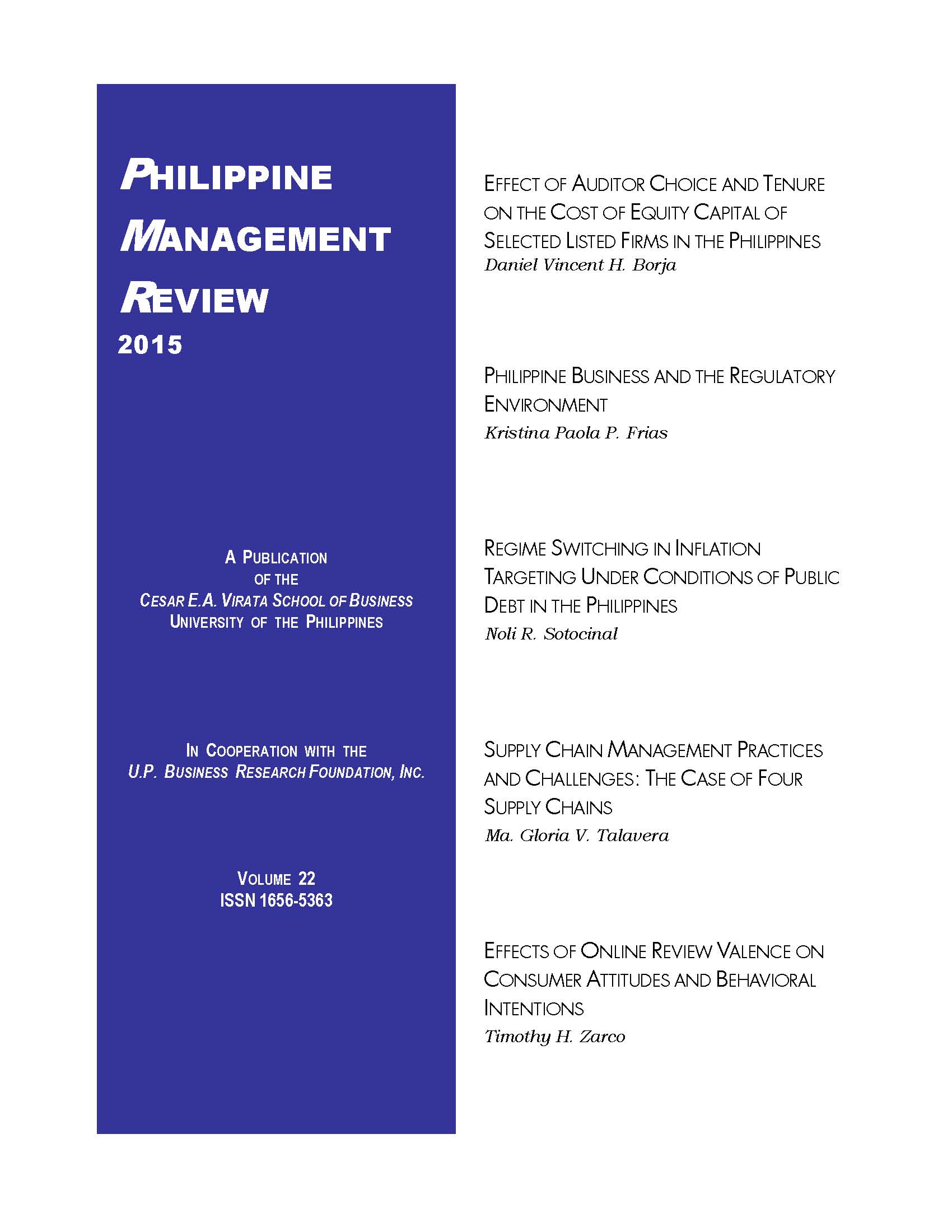